The entire Paso Robles area is broadly described in terms of location West or East of the Salinas River. It is further demarcated as North of the City or South of the City.

The Downtown area of the City lies to the West of the Salinas River, and many properties on the Westside are close to the Downtown area and reflect the early days of Paso Robles. From Victorian homes, to Craftsman bungalows, this quaint area is highly desirable to residents and tourists alike, due to its proximity to Downtown restaurants, wine tasting rooms, the City Park and shopping.

North West of the City, the properties tend to becoming more rural in nature, and this area encompasses great wineries and stretches as far as properties at Lake Nacimiento and the Heritage Ranch Gated Community.

East, North East and South East of the City there is a mix of property types, ranging from neighborhoods, to homes on acreage. The homes and neighborhoods also vary in size, age and price points.

Never miss a thing in Paso Robles and the rest of North SLO County! Let us keep you in the loop. Get fun, upcoming events delivered to your inbox weekly! 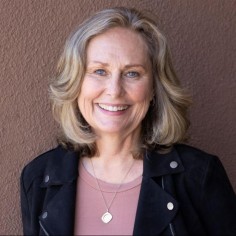 Dorian Kisch was born in South Africa and relocated to Paso Robles almost 18 years ago, with her husband, 4 children, 2 dogs and 2 cats. She instantly fell in love with the natural beauty and lifestyle in Paso Robles and the surrounding area, and is passionate about where she lives, works and plays. Dorian is a full-time REALTOR at RE/MAX Parkside Real Estate and provides warm, friendly, caring and skilled real estate services to both Sellers and Buyers in the area. Dorian particularly enjoys working with First Time Buyers and those looking to "Right Size", as they move into a new phase of life, whatever that may be. Whether you are buying a home for the first time, scaling down to accommodate changes in lifestyle, or scaling up to accommodate a growing family, you can count on Dorian to help you reach your goals. Dorian delivers a professional experience, in a personally-connected way, and strives to provide memorable customer service, with the utmost of integrity, always.
PERSONAL . PROFESSIONAL . SERVICE .

Connect with Me on: